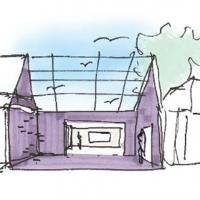 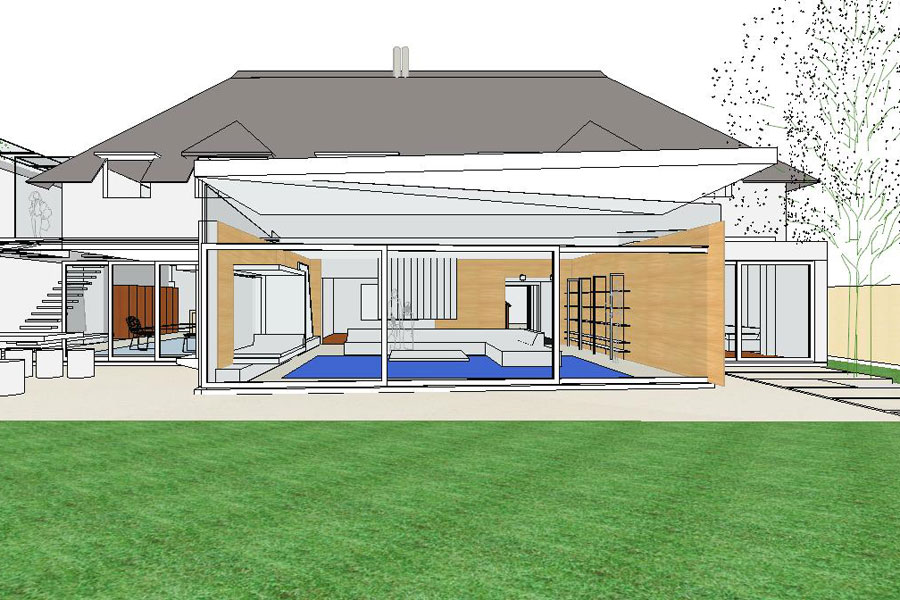 Alderton Hill lies just east of central Loughton, running approximately east west from Debden towards Loughton Underground Station. The street is suburban residential in character, with detached houses set back from the street in well established gardens. A considerable variety of forms and materials can be found in the design of the individual houses. A large number of these detached houses have been extended in recent years, spanning more or less from one side boundary across to the other. 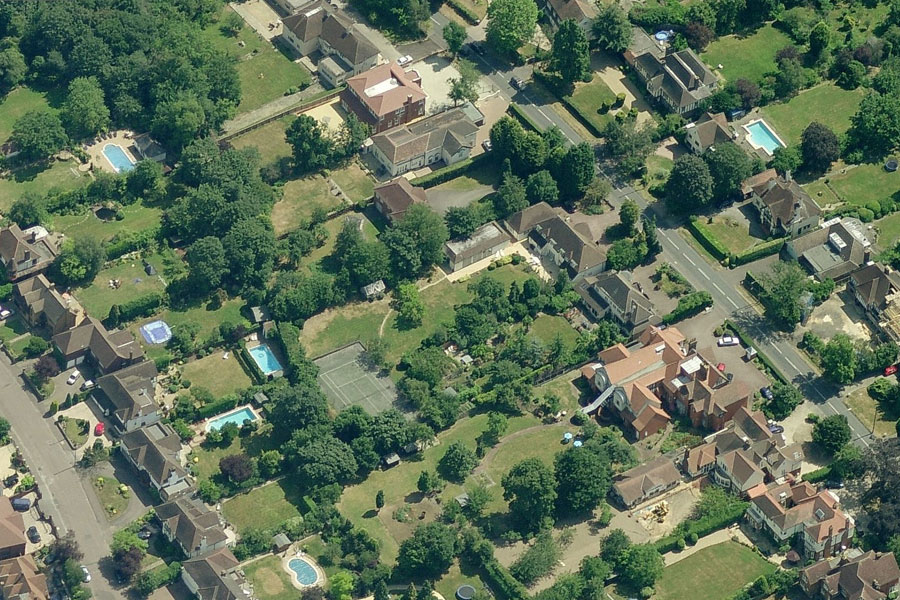 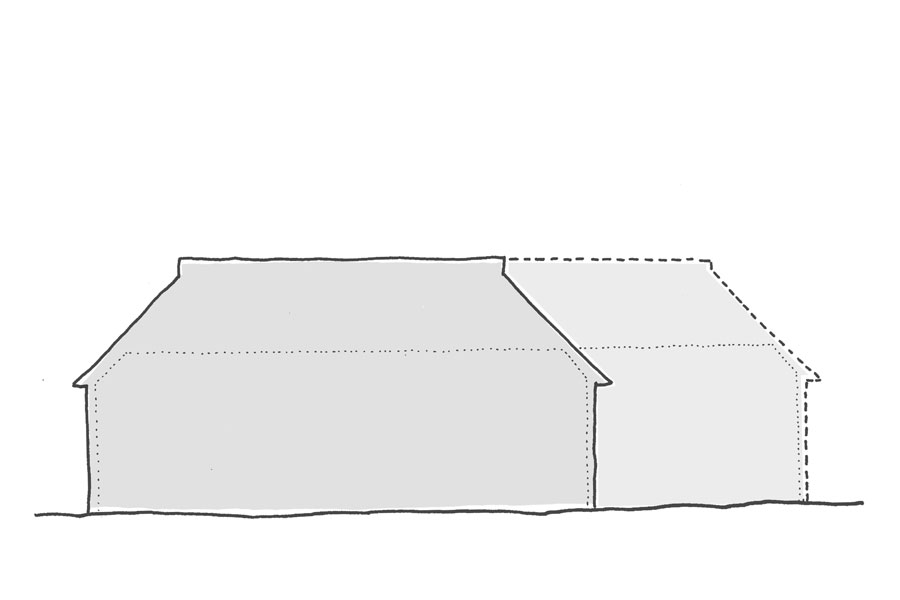 TYPICAL Rather than stretching the facade across to create a colossal ‘cottage’, as in the ‘typical’ diagram below, the aim is to create the most compact side extension feasible. 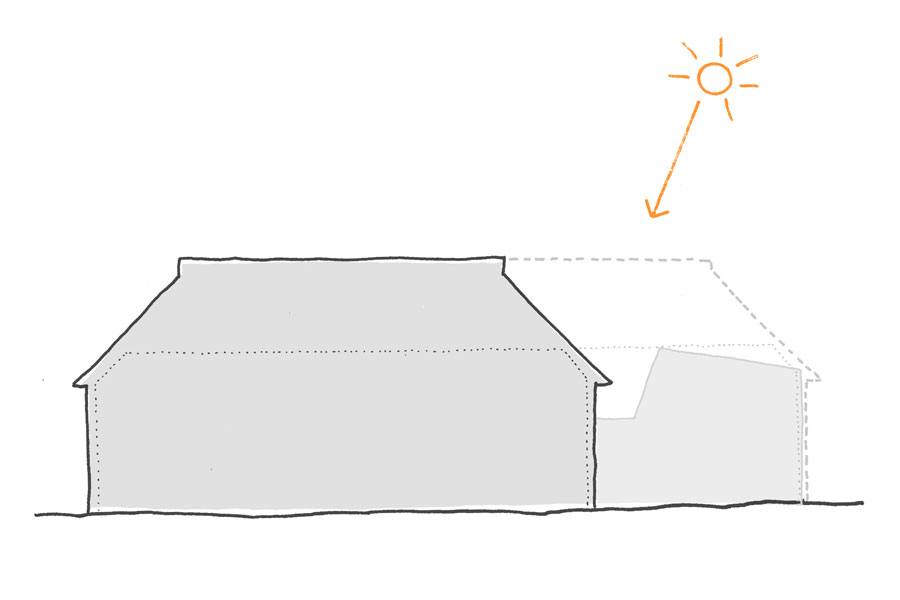 - minimises the impact on the existing skyline

- maximises natural light by creating the opportunity for top-lit extensions, and minimising shadow

- retains the hierarchy and legibility between the old and the new

The proposal responds to the context, rather than creating a continuous over-sized frontage, which is not in the spirit of the original street. 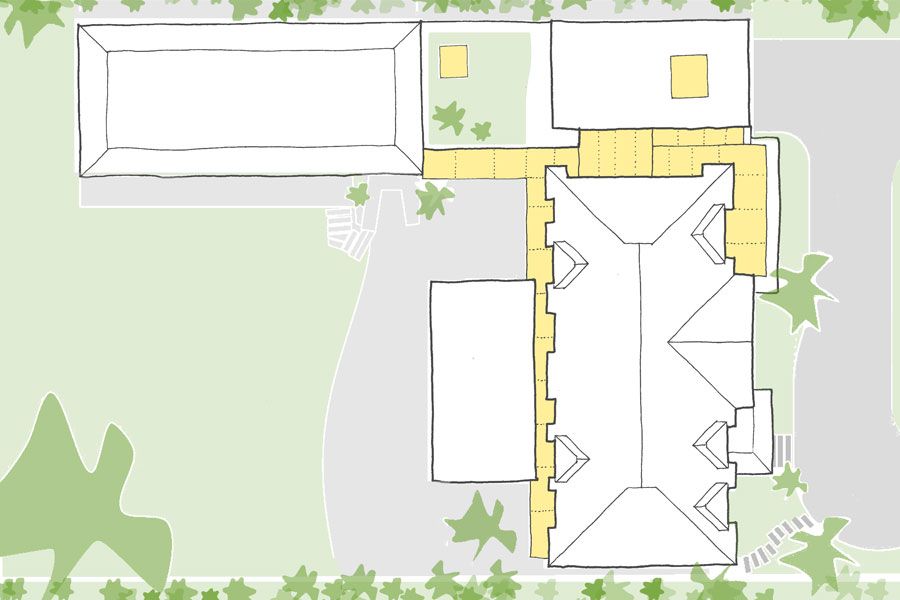 Key areas of the new extension are glazed on top, maximising daylight and emphasizing the junction between old and new. The glazed areas form wintergardens. These act as buffer areas, allowing the removal of several walls to the rear at ground level, and allowing the house to open up to the garden. One of the new fl at roofs forms a new green terrace. The built form aims to improve the sustainability of the home, alongside items such as improved insulation and underfloor heating. 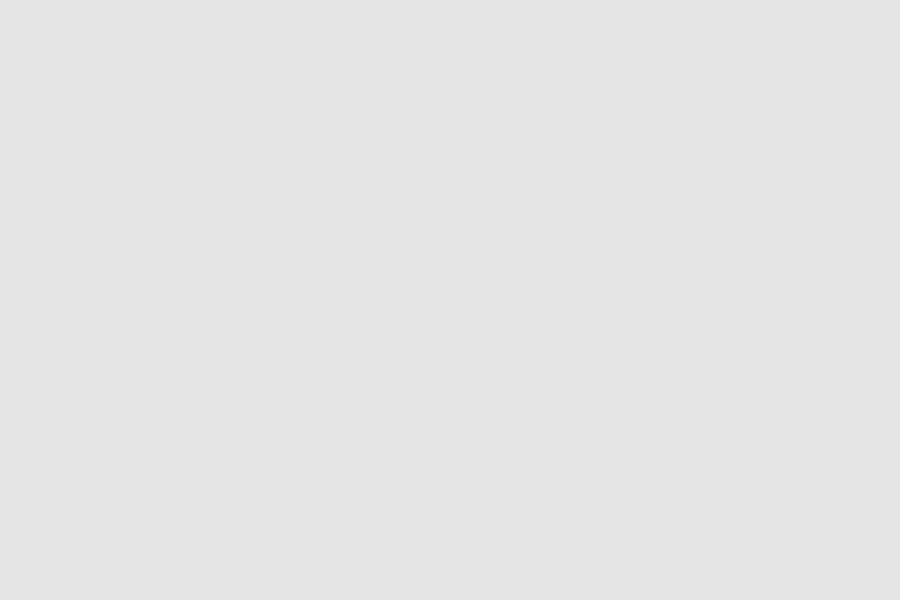